A few of us have been enjoying the recent Magnum Photos Contacts book and thought it would be a good idea to post some of our contact sheets from an event or project and the final resulting images.
I have  chosen the Mayday protests which took part in Central London on the 1st of May 2001.
From the Guardian that day:

"Police in riot gear this afternoon penned several thousand anti-capitalism protesters into Oxford Circus in central London as several further groups of May Day protesters attempted to break through police lines in the area.
The capital's May Day protests became tense as police formed human barricades to prevent groups of demonstrators from converging on Oxford Street. Surrounding side streets were cordoned off.
Although the protest has been largely peaceful, there have been some skirmishes, with bottles and cans thrown at police. Riot police have surged forward on several occasions, batting protesters with shields and batons. Shops closed their doors and boarded up windows. Several demonstrators have emerged from scuffles covered with blood."
I Was kettled in the centre of Oxford Circus with the majority of the protestors in the pouring rain, the first decent frame I got was from this roll (click to make bigger) 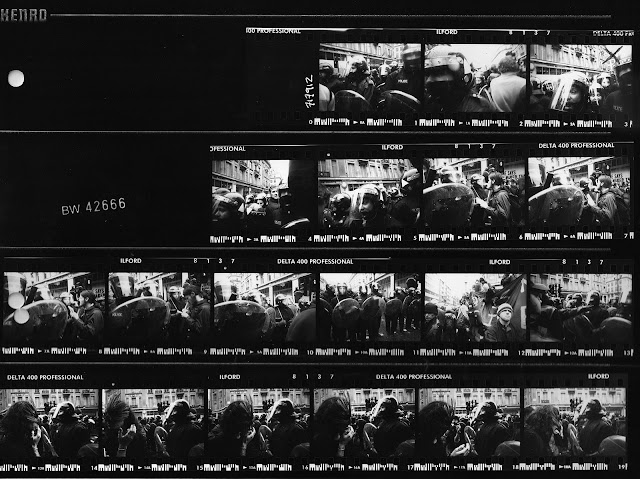 which gave me this 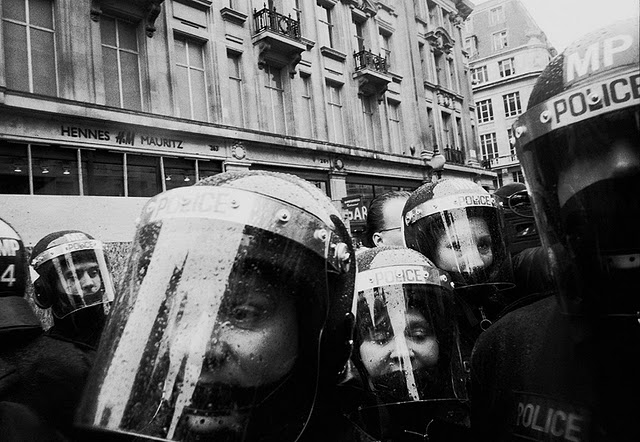 the next roll showed the Police defending the Nike Town store, I was lucky enough to duck down behind a concrete barrier so had a little time to compose the shot from a low viewpoint without the worry of being hit by flying missiles 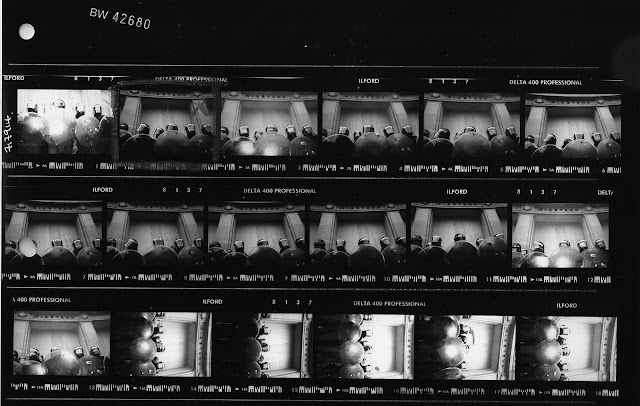 that gave me this frame 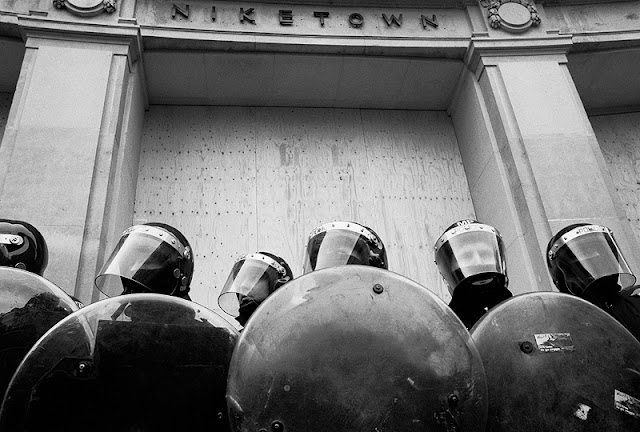 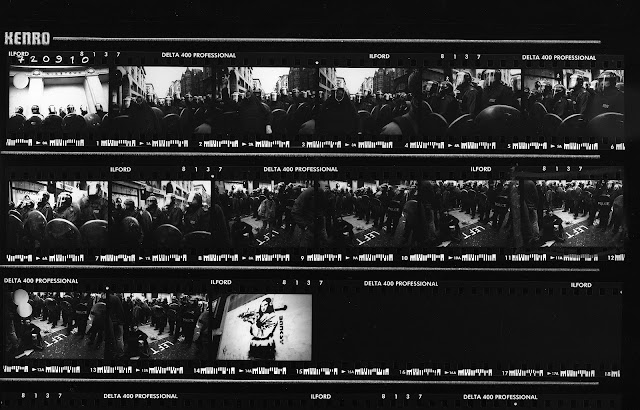 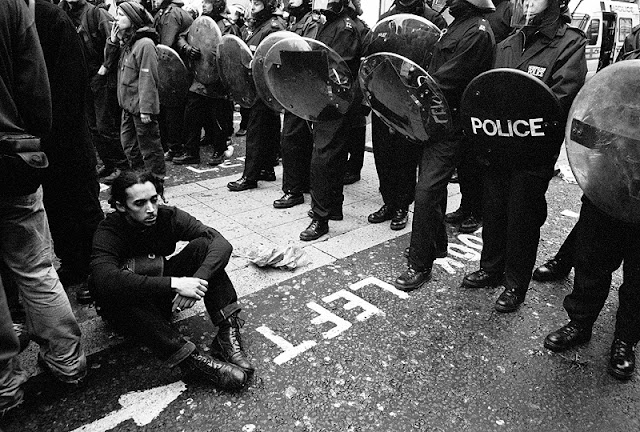 cameras used were a Nikon F4 with a 28mm prime and a Leica M6 with a 35mm for these shots and got pretty wet but worked fine, I'm using a pretty similar set up these days but digital.
Not sure why I used Delta 400 that day, maybe everyone had run out of Tri-x? anyway happy days....