Tim Andrews - Over the Hill

Tim has written about his experience here and has allowed me to reproduce it, so take it away Tim...


I am writing this on the train on my way back from the shoot with Brian and I am going to post it out of order - in that I have always posted in chronological order. Also, I am posting it without having yet received the final photographs. Another unusual aspect is that Brian contacted me first having obtained my email address from Alex Boyd. However, when I looked at the work on his site, I knew that he was the man for me! The portrait of Billy Childish alone was sufficient justification for including him in my project.


We met, for the first time, a few weeks ago at the Courtauld Gallery which was Brian’s idea as he thinks it is one of the best galleries in London. And he is right. The works on display are incredible. One masterpiece after another. All those paintings which are so familiar – Degas, Seurat etc – they are all there. Amazing. And what surprised me even more was that I was so knocked out by them that I found myself discussing their various merits in quite a sensible and cogent manner.

Over a cup of coffee and a carrot cake, he explained the idea he had for our shoot together. He wanted me to think of some words or phrases that had some meaning in my life and then to write them down so that he could photograph them and then shoot me thinking of each one and what they meant to me. Also, he asked if l could write them with a stick rather than a pen. In the weeks that followed, I cut back the branches of a shrub in my garden and made some into pens. Then I went to WH Smith and bought a bottle of Parker Ink for the first time in years. There is something about a bottle of ink that is so evocative – the way it looks, the feel of the shape of the bottle and the smell of the ink itself.

As Brian requested, I wrote out the phrases at home but, at first, they looked too neat so Jane had the bright idea of holding the twigs further away from the ”nib” so that the writing wasn’t so controlled. It worked like a dream. I sent some through to Brian and he loved the simple ones. So, listening to the 1970’s Elton John album (where “Your Song” first appeared) I finished them off ready for the shoot.

The shoot was today – 2nd March 2013. I travelled to Highgate in North London where Brian met me off the tube. Brian is an interesting fellow. At first, he comes across a bit guarded but one senses pretty soon that he has a desire to be open and honest and that transcends everything else and one soon realises what a special person he is.

Once at his home, he produced some carrot cake and he remembered that I had decaf coffee. We chatted and then he asked to see the words and phrases which I had written out and he sifted through them putting them in the order in which he wanted to shoot them. We went out on to the balcony and he asked me to remove my shirt and T shirt and he put up a small velvet back drop and said that the material had been used for so many of his shoots and he smiled fondly at the memory of all those sittings. I held each phrase or word up separately and he photographed them so he knew which ones were which and then he asked me to react to the what I had written. I had thought about this beforehand but I had not realised how affected I would be doing it in practice. But the greatest surprise came when I held up the phrase “Over the Hill”. This of course is the title of my project – a phrase I had used so many times verbally and in writing over the past 5 years or so. Nevertheless, when Brian asked me to think what it mean to me, as he had done with the previous phrases, I choked and tears welled up in my eyes. Why? Well, I think it was because, of all the phrases I had chosen, it was the only one which connected me with Brian. I didn’t think that at the time but my heart must have understood immediately the difference between that phrase and the others. Isn’t that marvellous?

As I write this, the sun is streaming through the windows of the train as if to confirm my discovery. We finished the remaining phrases but none had the effect of “Over the Hill” and, as we finished, Brian leaned over and shook my hand and I could see how much it meant to him being involved in the shoot and the project. I was very touched. He remarked that for him it was quite a long shoot. I had been there almost two hours and yet he had predicted that it would be over in minutes. He is certainly a fast worker but, as I have discovered, these shoots do not just involve photography and that is what I love so much about them.

Afterwards, we talked about Photography, Artistic Criticism and the photographs in my project. Brian’s favourite is “Blue” by Vicky Slater. I recounted to him how that shoot had worked out and how wonderful all her photographs were.

Isn’t it strange when you meet someone who suddenly brings meaning into your life? One such person is Brian David Stevens - a man of strong opinions and clear ideas. He has a tidy home and he owns many books which are stacked neatly on the shelves and he works methodically but he is no automaton. He has a spirit and a love of humanity running through him.

"The river flowed within him
And with it he was one"

His photographs are invested with such power and strength.

Well, here you are - my choice from some beautiful photographs taken by Brian. I had thought that the obvious choice would be "Over the Hill" which is printed below. It might be easy to assume that this was a posed expression but if you read my earlier post, you would know that when Brian gave me the piece of paper with "Over the Hill" on it, and asked me to think what it meant to me, I just broke down which was a real surprise. But it was the sudden emotion of the moment which, looking back, was when I realised that this was the one phrase that day that connected me to Brian and both of us to the project. However, I feel that, in some ways, it is not for me to put this particular picture into the project as it is almost too personal although it is simply a most wonderful photograph. Brian has created the moment and captured it perfectly but it is the composition and the tone and the collaboration that come to the fore and prove themselves. But those words apply equally to all the others and certainly to "Confront and Survive''.

The title comes from an incredible documentary called ''Five Broken Cameras'' which is the story of a Palestinian who films his village's ongoing battles with the Israelis concerning a number of issues. At one point, his wife berates him as he is about to be arrested once again and she yells at him demanding to know why he keeps doing it. He replies ''It helps me confront life and survive''. And this what my project, my films and my writing do. They help me to confront the life I have been given and to survive. 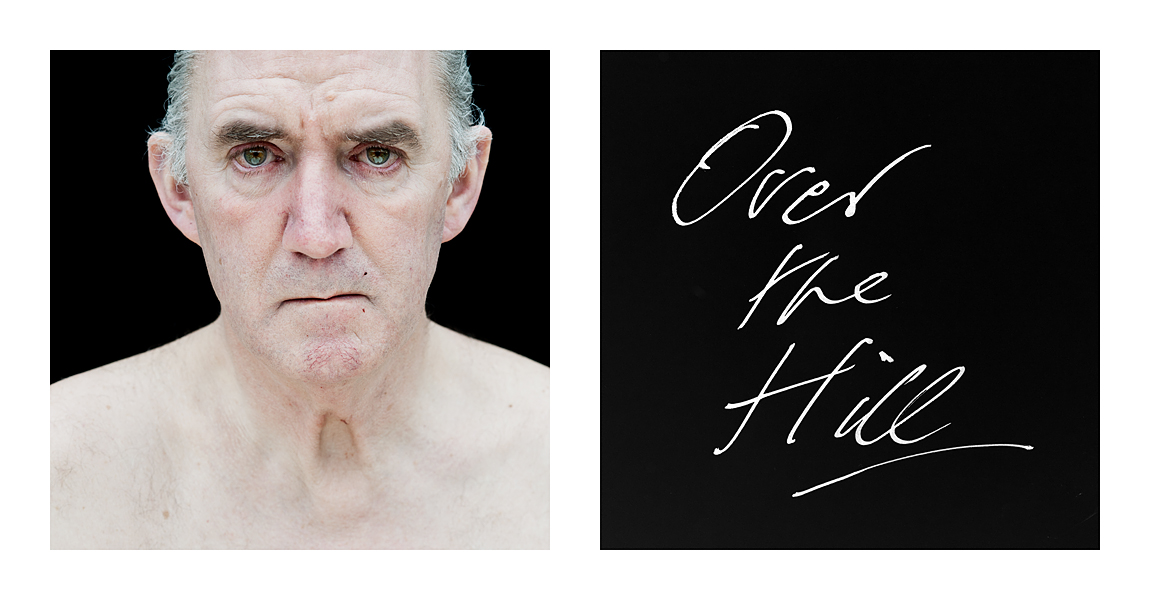 It has been an absolute privilege and an honour to be photographed by all these people and to get to know them and I cannot speak too highly of Brian in this context. A hugely talented photographer, a gifted and sensitive artist and a thoughtful and warm hearted person to boot.

You can see the whole gallery from the shoot HERE